When packing all my camera gear for our trip this summer, I thought Canada would be the place where I’d take the most photos… I even thought I’d be able to film and make some short film about our crazy wild adventure through British Columbia and Alberta, exploring forests, mountains, all the lakes, with perhaps one or two encounters with bears along the way.

And then… nature happened.

It turns out, late August is not the strategic time to head into the wild in Canada as wildfires are pretty common. Arriving in Vancouver was like stepping into a big cloud of smoke. Don’t get me wrong, the light was interesting, but it left me with very little to photograph… I don’t think we really saw Vancouver. Well, we didn’t see anything at all. But, not being able to enjoy the sight of the bay, nor that of the mountains, left us without much to contrast the urban brutalism of this modern city.

In fact, the real highlight of our stay was the two breakfasts we had at Nemesis Coffee.

We were supposed to rent out a car on our last day, and head out to various national parks of the province… with the prospects of discovering Jasper, Lake Louise, Banff… The smoke cut the trip short. Really short. We came to accept the fact it wasn’t going to be possible to see anything, and hike anywhere with that air quality. We made a U-turn instead, and hopped on a bus back to Seattle (which involved a very different experience of the exact same border we had crossed 2 days before).

In the hope we get to go back in better weather conditions, here are the very few photos I took while in Canada. 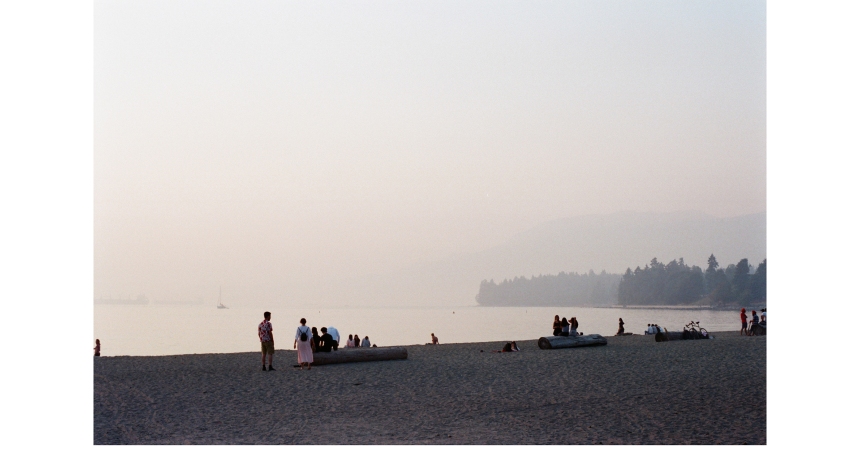