I know I’ve already posted about Bitten Street Market in Oxford, but I promise I won’t be repeating myself!
I went back this month and I really wanted to share my thoughts on Barefoot Kitchen’s brownies which I got to try this time – I don’t think I saw them last time. Because… they were the most amazing brownies I have ever, EVER tried. 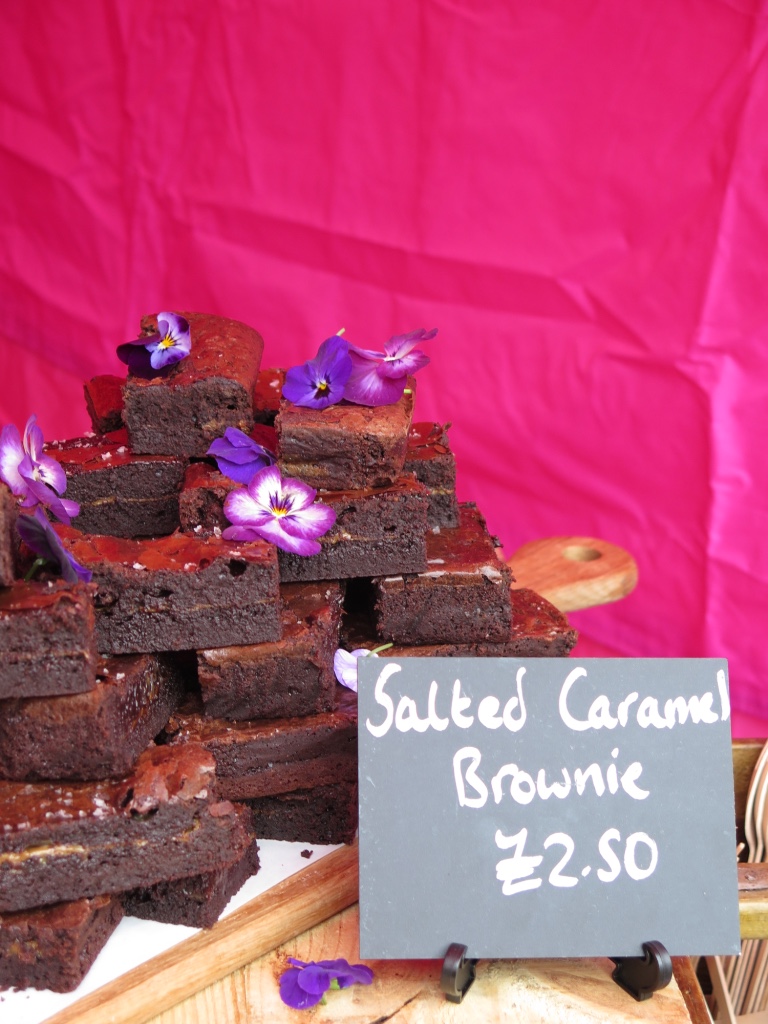 I am very critical when it comes to food, I hate when people say “this is so good” when talking about things which are obviously mediocre (like Pizza Express or Starbucks coffee – not the season specials, don’t worry I’m also a PSL sucker). So trust me when I tell you that these brownies are like nothing you’ve ever tried before. 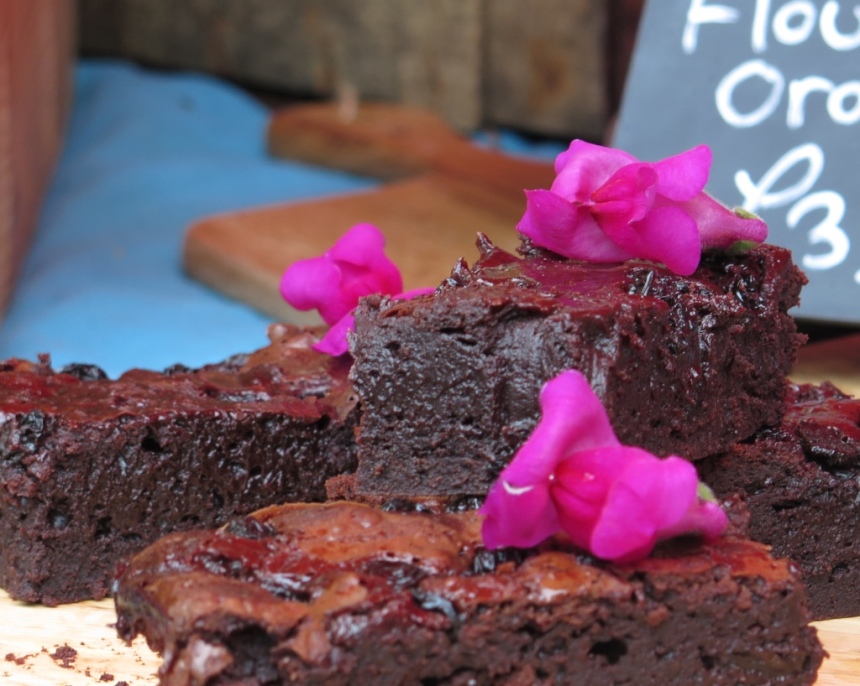 I’ve had really good brownies in my life: Cupcake Jemma’s peanut brownie, Brownie Bar at the Cake and Bake show etc. The favourite recipe I’ve ever tried is Entertaining with Beth’s and I am still running a debate with Julien about homemade brownies vs Betty Crockers. (yes, he doesn’t believe in homemade; it’s a lost cause) 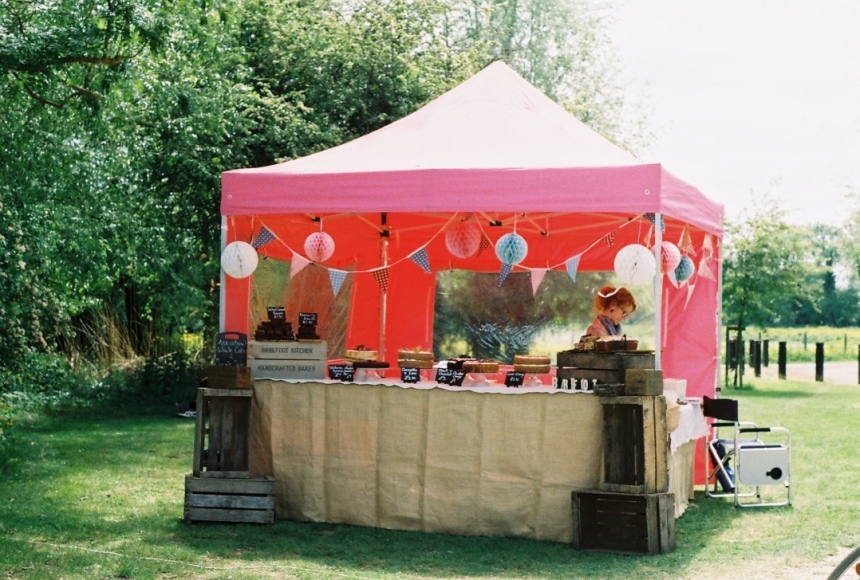 However, there is something special to the Barefoot Kitchen’s brownies… I think there are a few factors to their uniqueness:
-the flavour combinations, that you might now expect in a brownie. I love that each brownie hides a little originality and I got to try the banana and salted caramel one which basically consisted of two layers of the fidgets brownie I have ever tried with a layer of cooked banana and salted caramel in the middle, resulting in the feeling I was eating a brownie AND a banoffee pie all at once.
-the presentation;  that stand was so neat, well presented with different flowers here and there, on top of the cakes and also
-the simplicity; I say simplicity because their cakes aren’t like wedding cakes or fancy eye-catching wanna be cakes that are secretly really dense and dry and heavy. Those cakes were simply yet beautifully decorated and although I only got to look at them because this girl can’t eat a pulled pork sandwich, a banh mi, bahjis (deep fried onions), a brownie AND a slice of cake. But I can tell you I will try their orange cake next time I get the chance to come across them. 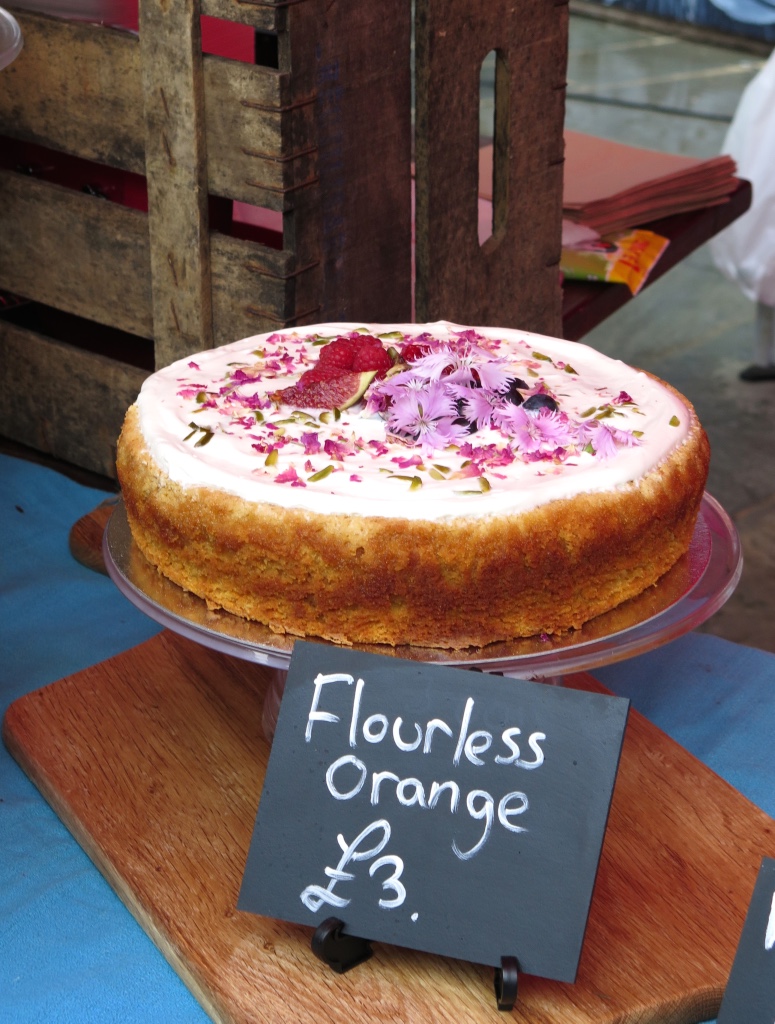 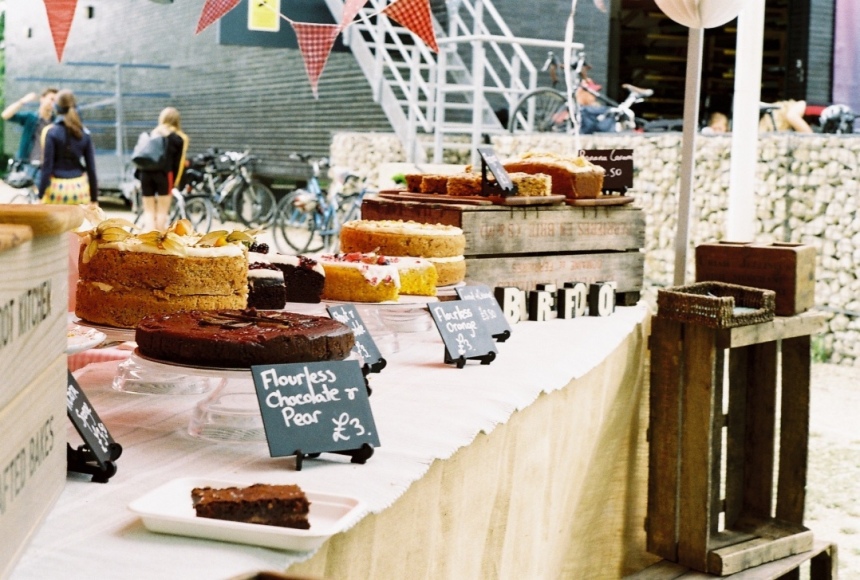 Speaking of Banh Mi, I finally got to try A Taste of Vietnam and I was really impressed. Sometimes some people put chicken liver paté in their banh mi which is not my favourite thing in a baguette sandwich, but theirs is made of fresh things like coriander, picked carrots, and cucumber, topped with Vietnamese pork meatballs and soy sauce with chilli sauce. I was really happy to introduce this Vietnamese street food staple to my three girlfriends Milly, Jenny and Sarah who all loved it so much. I would also like to add that for £5, you have a pretty good deal there. So don’t miss out on trying the traditional French influenced Vietnamese sandwich! If someone makes it well, it’s certainly A Taste of Vietnam (and I will definitely try their sticky rice, “com xôi”)

The brownies from the Barefoot Kitchen are £2.50 and well worth the money (I mean where else will you find such a delicious and generous portion of unique brownie for less than £3?); here’s their website.

I hope you like their stuff as much as I did! Next Bitten Street Market in Oxford? June 6th (needless to say I’ll be there)