On Saturday afternoon, my father, Yombo and I went to the beach of the Cap Lopez. It’s a very wide and beautiful beach, guarded by an old lighthouse.

Yombo is always a bit out of control on the beach… He has so much space to run like he is chased by a lion; but that never lasts long… He usually comes back after twenty minutes, exhausted for the next hour or so. But the road near this beach is quite dangerous: taxi drivers there are quite scared of dogs and therefore, hate their guts which leads them to run over the first dog they see on the road. Last December, Yombo was one of their poor victims… :( He is fine now but he does limp when he walks (it does not show when he runs crazily). Because of that incident, we must always keep an eye on him and make sure he stays near us.

It was the end of the afternoon and the sun was not setting yet but lightened the landscape in beautiful colours. 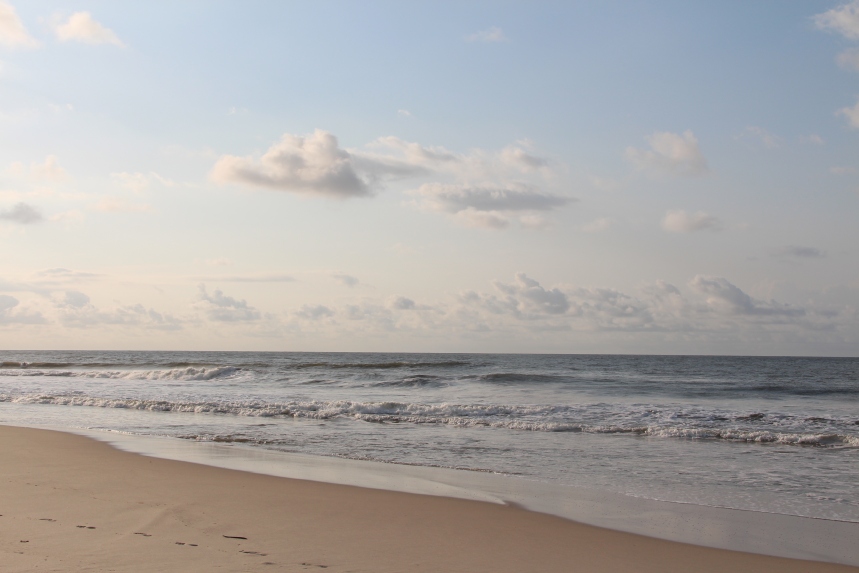 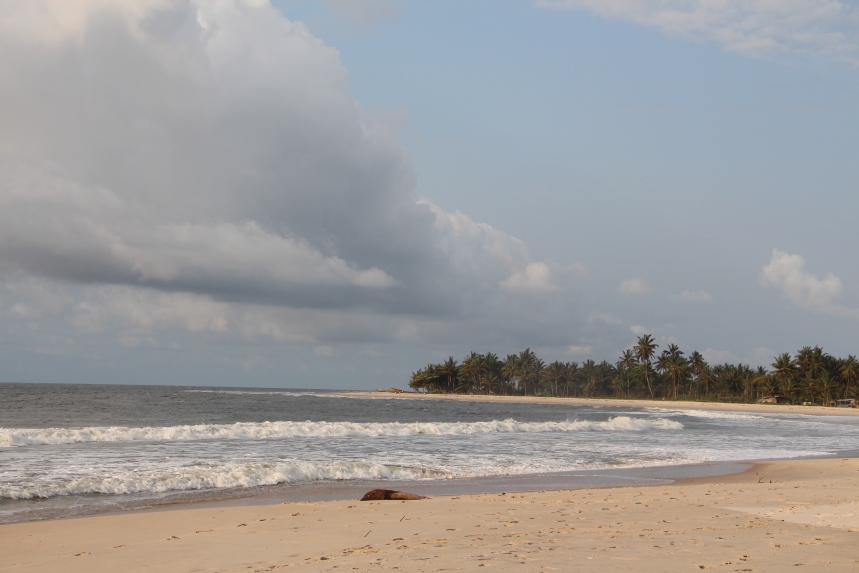 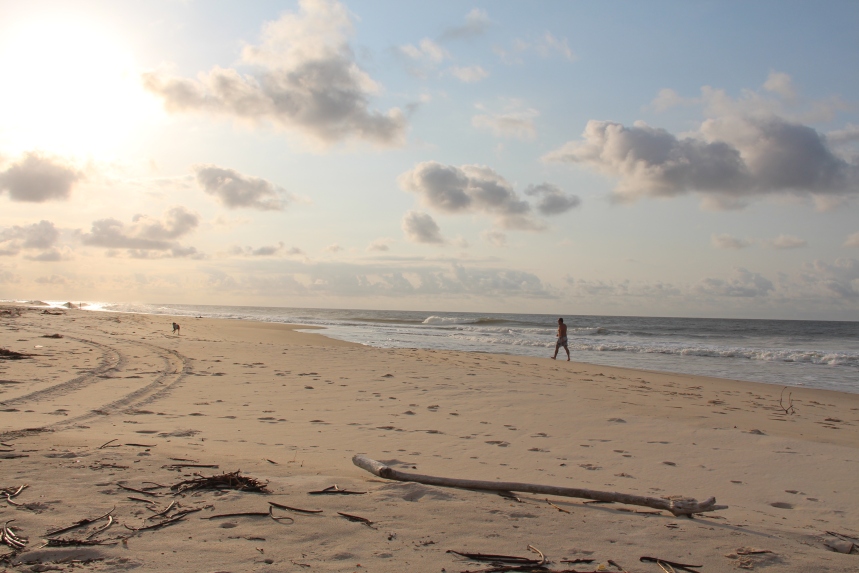 How do you like the feeling of warm sun rays on your skin? I know I love it… But remember to put on suncream – there is a big difference being burnt and tanned. 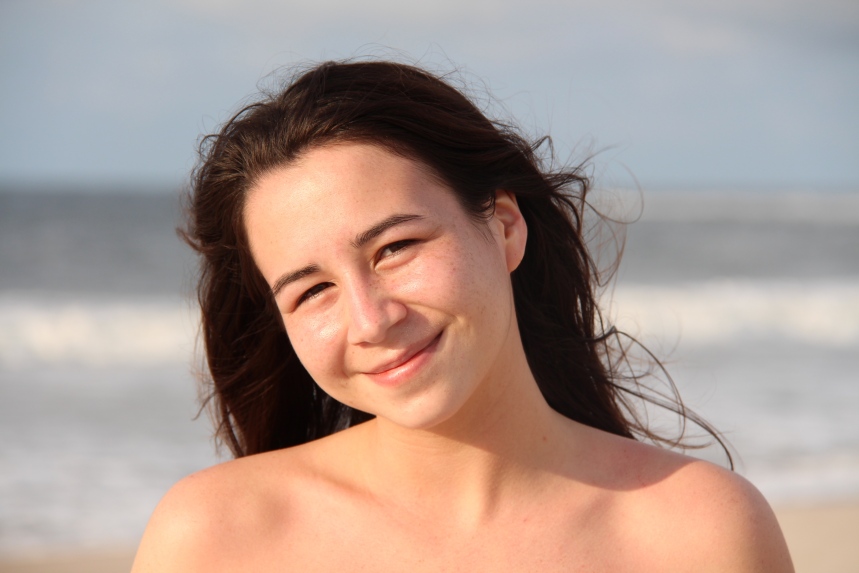 Yombo was so tired after running, his tongue was hanging out his mouth big time! 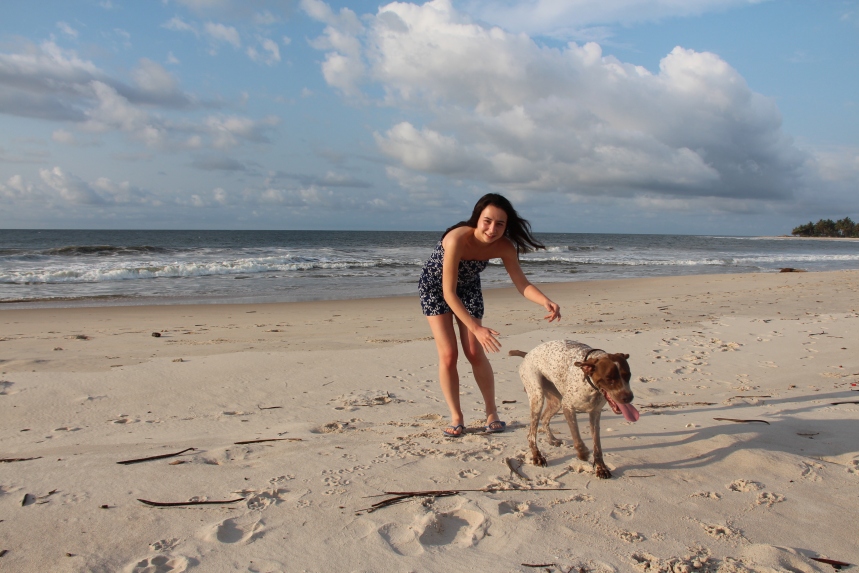 But not too tired to go crab hunting! He was hilarious, sticking his nose in the sand ^^ The hunt is usually more successful in the evening as it is the time those little guys’ curiosity draws them out of the sand.

My super friendly dog went to tease another one that was peacefully walking on the beach, not really wanting to be disturbed by a very sticky character being all like “hey let’s be friends!” Although they did look like Tod and Copper from The Fox and the Hound, wouldn’t you agree? 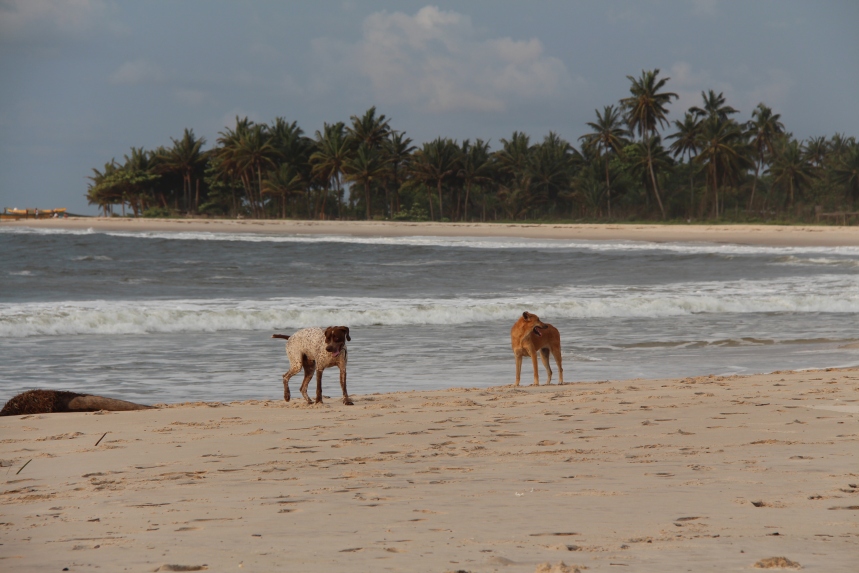 My dad thought he would have a dip in the sea which I am sure was super refreshing, but I was a bit too tired from wake-boarding in the morning… So I just watched him dive in the waves. 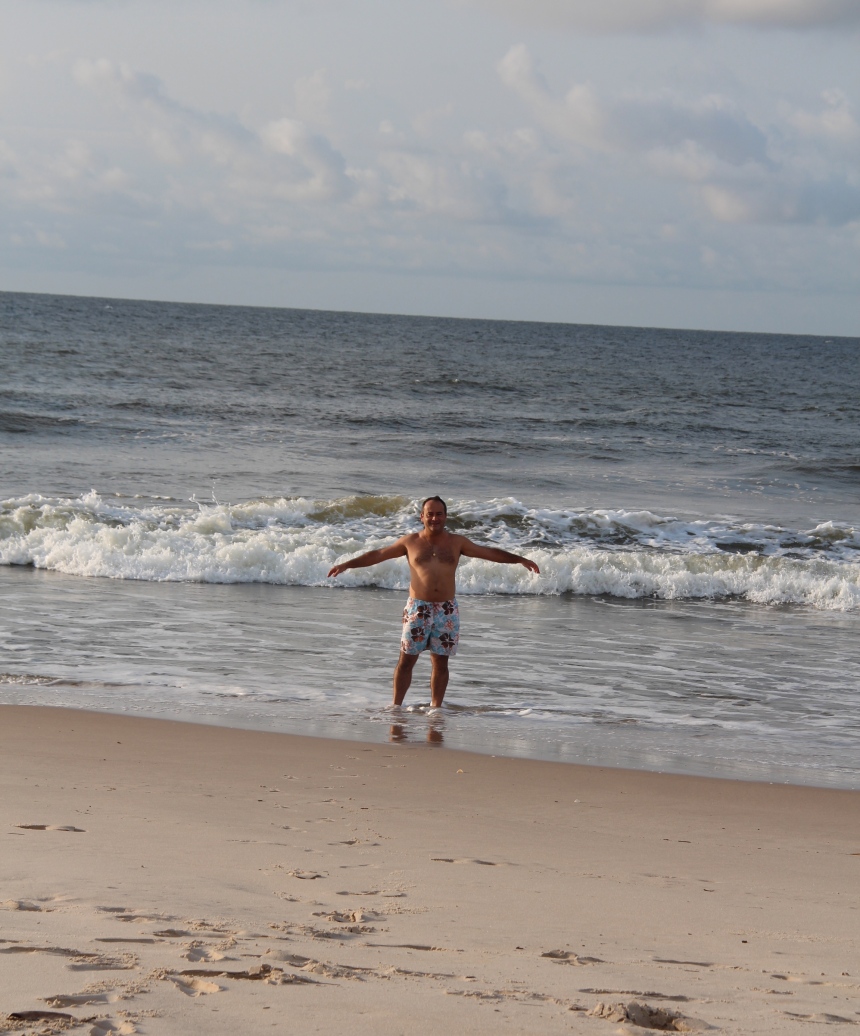 The sun was really starting to set; it was time to leave and we said bye to the lighthouse and those beautiful shades.